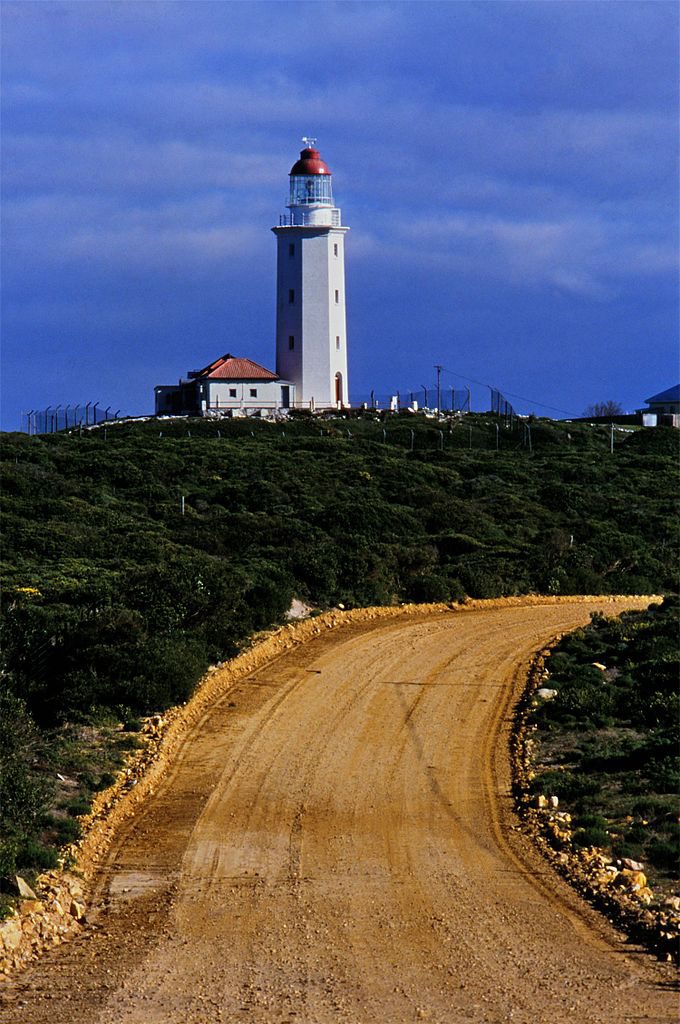 The rocky and treacherous coastline of the southern Cape is watched over by many lighthouses, including one at Danger Point near the spot where HMS Birkenhead went down in 1852. At least seven other vessels foundered in the area before the Danger Point lighthouse was built in 1895.

Perhaps the most aptly named piece of geography along the Southern Cape coast of South Africa is Danger Point, near the seaside village of Gansbaai.

Thus the looming Danger Point lighthouse, which throws its night lights far beyond the distant Dyer Island, is no postcard plaything. It has been warning sailors off these treacherous rocks since 1895.

Myth has it that the Flying Dutchman ghost ship was spotted for the 1st time from Danger Point. Reality, however, trumps legend here.