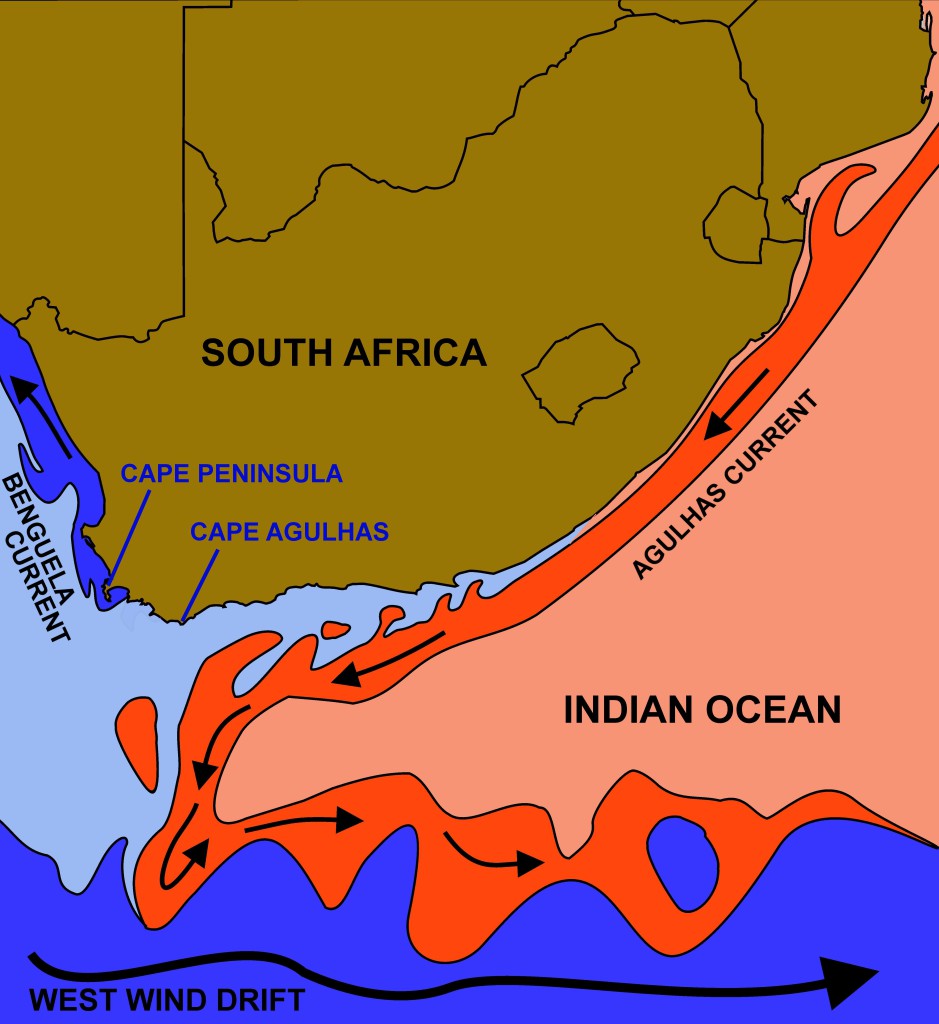 As fall gives way to winter in the southern hemisphere, one of the world’s largest migrations churns the waters off the southeastern coast of Africa. Sardines — about 30,000 tons of them — follow the current to warmer waters. Sharks and dolphins herd groups of the fish, penguins pick them off from below and seabirds from above, and whales gulp down gigantic mouthfuls. The sardines are following the Agulhas Current — one of the strongest ocean currents in the world. It flows along the African coast from the Indian Ocean into the South Atlantic, then doubles back and flows eastward.

The current is named for the southern tip of Africa, known as Cape Agulhas — a Portuguese name that means “cape of needles.” It was named in the 16th century, when Portuguese navigators noticed that true north and magnetic north were in perfect alignment.

The current is home to some of the world’s most treacherous waters. Winds can blow at a hundred miles an hour. And when they blow against the current, they can create monster waves that are tall enough to founder even the biggest ships.

The current’s influence may extend all the way around the Atlantic. As the Agulhas enters the South Atlantic, eddies of warm water sometimes break off. As they spin across the Atlantic, they may affect the strength of the Gulf Stream, which helps warm western Europe. So an ocean current that stirs up some nasty weather in the southern hemisphere may help keep the weather pleasant in the northern hemisphere.