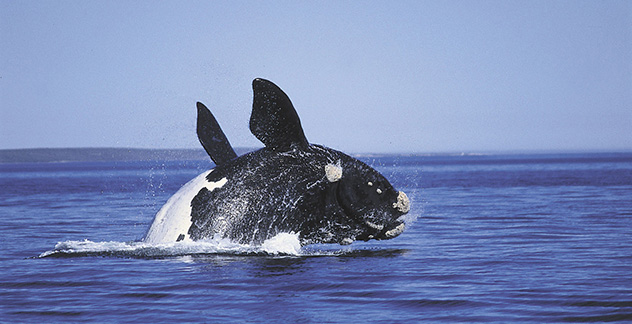 Walker Bay is a coastal nature reserve in the south-western Cape, just east of Hermanus. The reserve includes five coastal areas between Hermanus and Die Dam near Struisbaai.

The largest area, known as Walker Bay, stretches from the Klein River in Stanford to De Kelders at Gansbaai. Die Plaat is the area’s white sandy beach, with rocky limestone outcrops and the occasional southern right whale offshore. The scenic Klein River lagoon, north-west of the reserve, flows into the sea at times.

Walker Bay is also historically significant, with records of Middle Stone Age people (65 000 to 85 000 years ago) living in Klipgat Cave. There is also evidence that Khoi and San people lived in the area about 2 000 years ago.

Walker Bay is a picturesque, pristine reserve with an abundance of coastal and marine life. It is known as one of the best spots in South Africa to do land-based whale watching. Every year, hundreds of southern right whales gather in the sheltered bay to breed and calve their young.