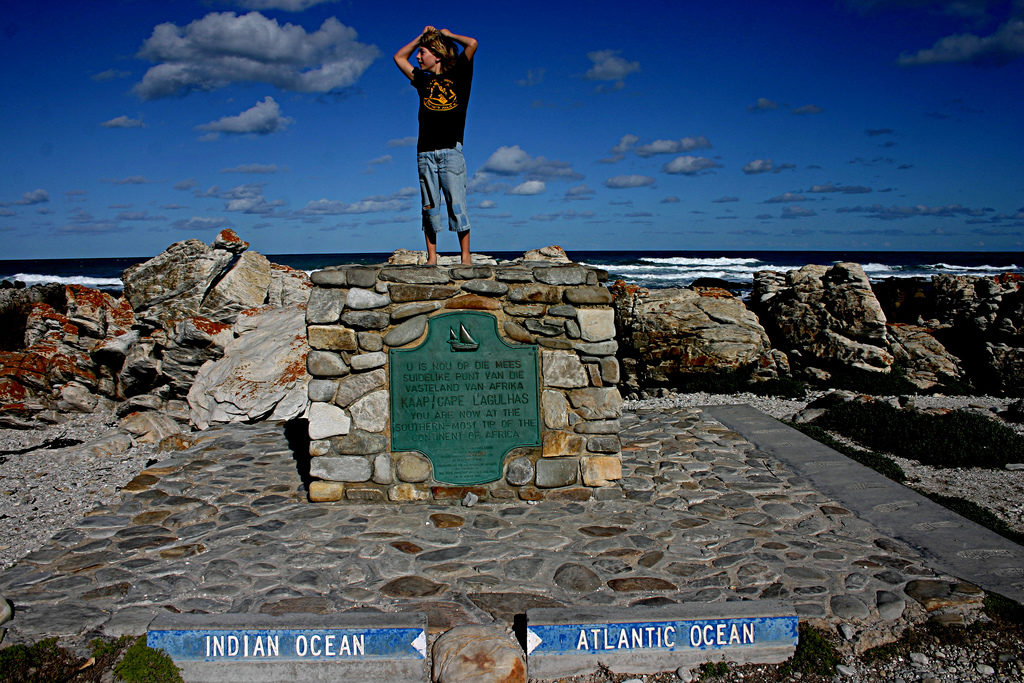 This is where the cold Benguela current of the Atlantic Ocean and the strong Agulhas current of the Indian Ocean meet. Early Portuguese seafarers rounding this dangerous point called it Cape Agulhas (‘needles’) because they found that the needles of their compasses showed magnetic North and true North were exactly the same.

The Southern-most tip of Africa is marked by a simple cairn (pile of stones). Its is a very special feeling to stand at the cairn and know that you are right at the very bottom of Africa.