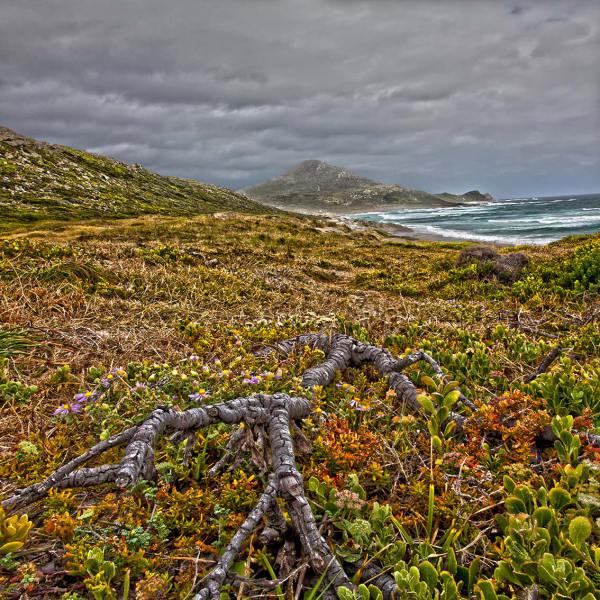 Bantamsklip is the name given to spot on a pristine coastline of the southern cape.  There are no signposts declaring this spot to be Bantamsklip or public roads that lead to this spot. It is known by local fisherman and inhabited by numerous sea birds, fish, whales and an abundance of local vegetation and marine life. None of its inhabitants care less about its name and probably are satisfied that it has remained undisturbed for many thousands of years. Even the human footprint is small – except for a ship wreck not far from this place and a few shell middens built by Khoisan ‘strandlopers’ over the last few thousands of years ago.

This spot has been proposed by Eskom as a site to build one of the three nuclear plants planned for South Africa.